Topping Brothers 2022 Invitational benefits Autism Speaks. Last year’s invitational, raised significant donations through the very generous participation and sponsorship from our local community. This year, 2022 is our 12th event and we hope to exceed all of other annual donations. 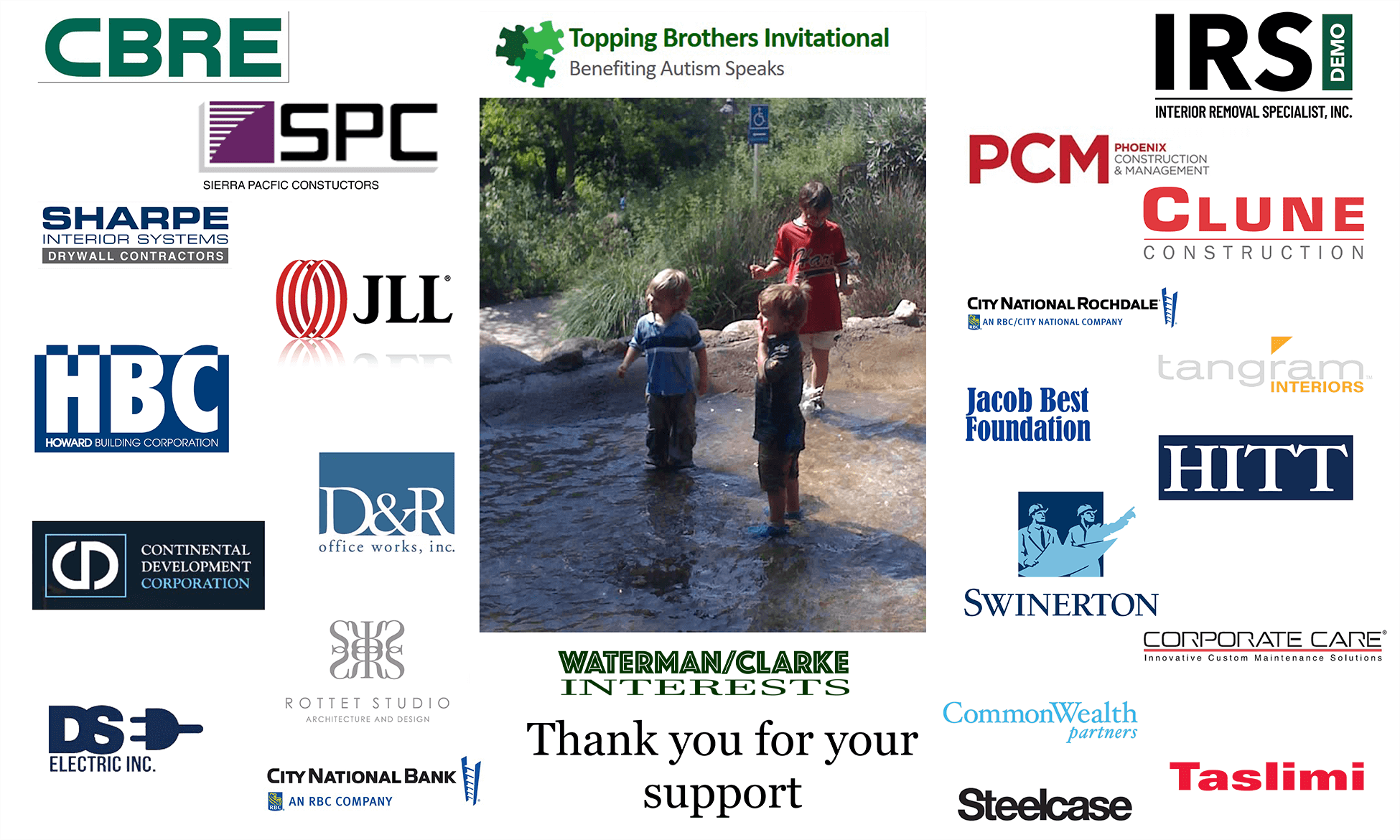 Autism Speaks was founded in February 2005 by Bob and Suzanne Wright, grandparents of a child with autism. Their longtime friend Bernie Marcus donated $25 million to help financially launch the organization. Since then, Autism Speaks has grown into the nation’s largest autism science and advocacy organization, dedicated to funding research into the causes, prevention, treatments and a cure for autism; increasing awareness of autism spectrum disorders; and advocating for the needs of individuals with autism and their families. We are proud of what we’ve been able to accomplish and look forward to continued successes in the years ahead.

2010 was a tough year for the Topping family as then 3 year old Liam Topping was diagnosed with Autism. But it did not take long for the Topping Brothers (Liam, Miles, and Harry III aka Trey) to circle their wagons and get into action fighting this increasingly prevalent condition which impacts 1 of every 88 children making it an epidemic.

The Topping Brothers are a close knit band, literally a “Band of Brothers” in action working to support Autism Speaks, the leading 5013c non-profit advocating for research and treatment for those afflicted with Autism.

While supporting Autism speaks is their main goal at this point, our little band of brothers is not only supporting Autism Speaks, but is planning a foundation with longer term battle plans such as providing scholarships for families that cannot afford the therapies that are available. Research into the causes of autism is vital, but we also need to provide the maximum help we can to those battling the condition now.

November 14, 2022 *Veterans Day Hosted by Trey, Liam and Miles, with a little help from their parents.  Thank your for visiting the Topping Brothers website…

Want your company to be a featured sponsor? Become A Sponsor of the Topping Brothers 2021 Invitational Event.